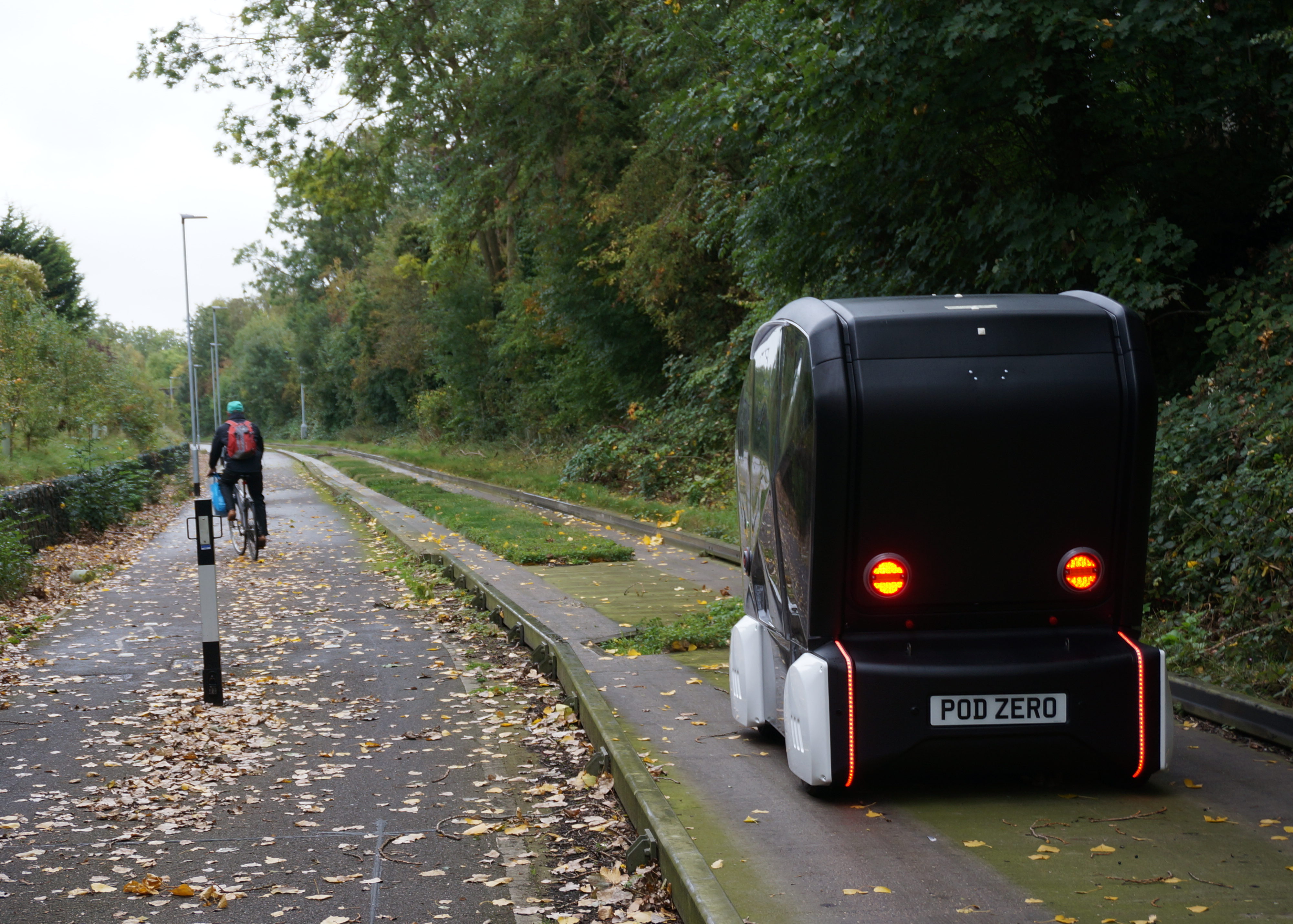 Tests on a groundbreaking new autonomous bus system have started in Cambridge, which could provide up to 100 additional journeys every day.

Coventry-based RDM Group is utilising its existing driverless PodZero to complete feasibility studies ahead of the potential deployment of a number of 10-seater autonomous buses that will run between Trumpington Park and Ride and Cambridge Station, via the strategically important Cambridge Biomedical Campus (Addenbrooke’s) site.

Funded by Innovate UK, the £250,000 project is being delivered in partnership with Connecting Cambridgeshire and the Smart Cambridge Programme and is designed to provide a vital solution to one of the area’s transport issues.

If successful, it will pave the way for an autonomous bus service that will run after 8pm on the evening and during the weekends, filling the current void for late night workers, revellers and weekend shoppers.

The project is also exploring the feasibility of an autonomous service between Whittlesford Parkway station and the Wellcome Genome Campus.

“It is segregated from the highway allowing the pods to whizz up and down without traffic congestion slowing them down and also segregated from pedestrians and cyclists meaning it is a really safe route.”

He continued: “Research has shown that there is demand for hundreds of journeys in the hours when the buses do not run. This is simply due to the cost and the pods can offer a solution that is cheaper to run…this is not replacing the existing service, just complementing it with a practical and effective solution during quieter times of the day.

“The technology in the PodZero is ideal for replicating the conditions an autonomous bus will run under and, the fact it could be quickly deployed, means we can deliver the data, information and experience required to get the fleet of larger, 10-seater autonomous buses on the busway a reality sooner rather than later.”

Cllr Francis Burkitt, Chair of the Greater Cambridge Partnership, which supports the Smart Cambridge programme and commissioned the initial feasibility study by the University of Cambridge, said: “It’s exciting that testing of autonomous (driverless) vehicles on the Busway is now underway as part of our on-going collaborative work to transform the way people travel into, out of and around the city.

“The Busway already provides a ready-made link between the Cambridge Biomedical Campus, Trumpington Park & Ride, Cambridge railway station and the city centre.  In future, autonomous shuttles could help to meet the demand for services in the evenings and at weekends when the buses are not running, giving more people the opportunity to travel sustainably on key routes into the city.”

RDM Group, which has recently announced offices in Australia and the US, will design and manufacture a larger version of its four passenger self-driving pods to suit the location and customer needs, with the ‘autonomous buses’ able to accommodate wheelchairs, mobility scooters and bicycles.

The company will also look at developing vehicle to vehicle (V2V) and vehicle to infrastructure (V2I) communications to enable platooning of shuttles along the guided busway, as well as handling real time video feeds for safety, security and management of vehicles.

The feasibility study will deliver its findings in June next year and a £5m project to bring a fleet of 10 seater buses will begin soon after.